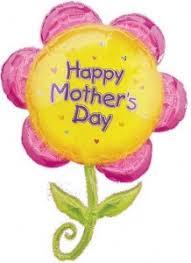 Okay, so  a couple posts ago, I wrote about my SIL having a baby shower, and that we are expected to make the 9 hour trip to attend. Well the husband told them we’d both be there… I have two months to “Man up”, so it is what it is….. he’ll be there with me thank god. So the SIL and I were talking and she was going to pick a date that works best for them…. the date?…. Fucking Mothers Day.

Are you serious?! Mothers Day isn’t my favorite of days, since I lost my mother to cancer when I was 14. So this Mothers Day, not only do I get to be motherless, but I get to attend a Baby shower 100% barren! fuck. my. life.

So I am really trying to work on being calm, not being so selfish and worrying about myself….. I don’t know if it’s possible, but I am having  future “flashbacks” to the shower….. a circle with a bunch of women and their babies laughing at the joys of life,  and my pregnant SIL, opening up Elephant gifts (which is what I want my future nurseries decor to be) and everyone wishing her a Happy Mothers Day….. I can already see and feel my breath getting shorter and harder. Suffocating? probably. The anxiety makes me reach for another glass of wine, and feeling guilty with every sip that will trickles down my throat.

If there is a higher power, I would really like for him/her to step in and make me be pregnant before the shower, so i can make it through it….if even just for the sake of what I will be doing to my liver if I have to attend with an empty uterus.

On my pinterst, I start looking at cute baby things for gifts, and I start crying because I want that. I don’t want to give it to someone else. I asked her if they thought of any names, and she says she doesn’t want to “divulge” in case we get pregnant and take them….. well guess fucking what sister, I have names picked out already, and if they happen to be the same, then I guess we’ll have cousins named the same! My eggs have been named since I was 15 years old, just because it’s taking me a bit longer than expected, I’m not changing.

I know without a shadow of a doubt they won’t be the same though. Again, we are very much opposites. I want names that reflect my husbands and I’s heritage, she wants popular common names.

I told her finally that we were starting treatments to get pregnant (again, I’m trying to bridge the gap, and be the bigger person). She wanted to know what was going on with my husbands job first, no excitement, no support. nothing. She doesn’t think we are ready to

have kids because we move too often, and my husband travels for work…. Maybe I will tell her we are going to wait until we retire to have kids, that would make much more sense. It doesn’t matter that we make 4X what they make. It doesn’t matter that I am a strong healthy (knock on wood) woman who can handle single motherhood for a couple months, because in her eyes, we live too much of an “erratic” lifestyle. When we decided to rescue another dog, she almost blew a disk she was so infuriated. She told us our lifestyle doesn’t allow for dogs, and to adopt such dangerous dogs, is completely idiotic, and we can count on that they will never visit us as long as we own such “man eaters”.

Here is my whiteflag. I just don’t even care enough to bicker with her. I am supportive to her face. I don’t ask her “If you aren’t strong enough to paint the nursery, how the hell are you going to be able to rock a baby for hours?!” “You are only a one car family, when your husband is at work two hours away, what are you going to do when there is an emergency” “You can’t get out of bed without help, how are you going to get out of bed multiple times with an infant wailing in the night?”…. I feel guilty for even writing this. I know it’s not her fault. She shouldn’t not be able to have kids because she is sick….but at least don’t judge me…..

“If we only wanted to be happy it would be easy;
but we want to be happier than other people,
which is almost always difficult,
since we think them happier than they are.”- Montesquieu

It’s so true. The only reason we post things half the time is because we want people to be happy and jealous of our lives. We can be completely happy in our house, but when I see someone post a 4,000 SQFT house that they just bought, it makes me question the 1,200 SQFT house that I love so much. It makes me wonder if the fun long weekend trip to Puerto Rico we’ve been saving up for so long, will be as fun as the pictures of one of my friends 2 week vacation in Dubai.

I am guilty of it. My husband and I travel the entire USA with his work. And being childless, we get to do spontaneous trips….for instance, one weekend we woke up and went to Niagara Falls. We posted pictures. I know people who saved up to do that for their honeymoon and have never been back. We bought a house in Chicagoland. I posted pictures of how nice it is to own my own house, and paint with my updated kitchen and stainless steel appliances, while I know a couple of my friends who are reading it, are having a bitch of a time making this months rent and/or live in low income housing. I posted how awesome it was that I found a job within 2 months of searching, that not only was the position what I went to school for, but that it paid well and was close by….mean while I know people on my Facebook who I went to college with who are still cashiering at the local grocery store (nothing wrong with that), or worse, haven’t been able to find any work and still living with their parents.

The Dalai Lama says, we need more compassion in this life. We should be kind to people, and if “nothing else, do not hurt them“. Bragging is a form of hurt. My friends who are posting pictures of their Ultrasounds and excitement (which as they should, I know i probably will), and it hurts me. My pictures of my house are hurting those who don’t have one, or lost theirs due to the economy. I see pictures of people buy news cars, while the rust holes are getting bigger on ours…. It’s a space on the internet that allows people to get so caught up with other peoples lives, that they forget how well they have it in theirs.

It’s been a couple days and I already feel relaxed. I feel more grounded to my house and my husband and my “man eating” puppies. I feel like I can breath just a little bit better, knowing I wont be logging in and getting frustrated because someone appears happier than us.

Till Then,
Mrs. M